Last night I was reading stories to my daughter, Zoe, before bedtime. She chose the first book, If You Give a Pig A Pancake, one of her current favorites. Weary of reading the same six books over and over again for months, I suggested that maybe I could pick the second book. she happily agreed and I came back with Mike Mulligan And His Steam Shovel by Virginia Lee Burton. While I had probably read this book at least 100 times to Zoe's older brother when he was a little guy, I had never read it to her.

I began reading and she listened intently and studied the illustrations on each page. She felt bad for the steam shovels that were left "to rust and fall apart." She excitedly waited to see if Mike and Mary Anne could dig Popperville's cellar in just one day. She wondered how Mike could get out of the cellar as they built the town hall over him and Mary Anne. She proclaimed the book "Great!" 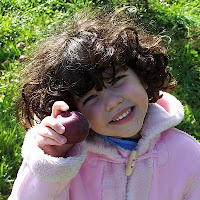 But the best part was when I read about Henry B. Swap. If you will recall, he was one of Popperville's selectmen who thought he could get part of the cellar dug for free by taking on Mike Mulligan's challenge that if he and Mary Anne could not dig the cellar in just one day, they would not get paid. When he thought about this, "he smiled in rather a mean way." When I read that sentence Zoe sat and thought for a few moments then looked up at me and said, "I don't have an evil smile because God doesn't want me to have one." So true, and wise beyond her years!
Posted by Heather at 7:57 AM 2 comments: 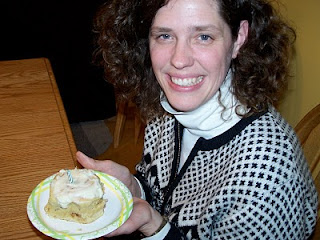 Back at the end of December I celebrated my 37th birthday. My morning started by taking my 10 year old son to 7:00 AM mass because he was an altar server. On the way home we stopped and got some birthday donuts to share with everyone. 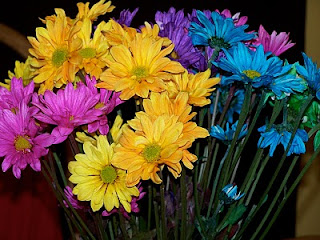 We are not into grand celebrations, but Brendan took the day off from work and we spent the day together as a family. At some point Brendan made some excuse to leave and brought me back these gorgeous flowers. I let each of my three kids pick a board game and I played each one with them. I made something for dinner and we ate at home. 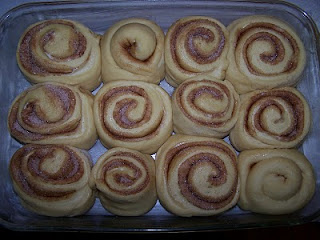 Lots of my friends and family asked if I made myself some fancy cake. The answer is: No. I made myself homemade cinnamon rolls. And not just any cinnamon rolls, but the most delicious and yummy cinnamon rolls I have ever made or probably eaten in my life. They were huge, soft, and gooey. I made a delicious cream cheese frosting that sent the rolls from great to FANTASTIC! And the best thing, the recipe made 17 rolls. So we had rolls the next morning and later the next day for a snack! We stuck a candle in one of the rolls and my kids and husband sang "Happy Birthday" to me. 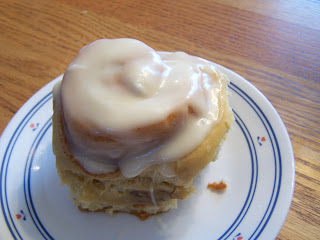 After the rolls I opened my awesome gift. It is a heated mattress pad! If you have never had one, just imagine your cold, chilly bed preheated to a cozy warm temperature. Aaaah, I've enjoyed it everyday since!
Posted by Heather at 10:27 AM 4 comments:

Every year I write about making and eating snow ice cream with my kids. It is one of the winter rituals my kids look forward to every year. And with the amount of snow that is being predicted for our area coming in the next few days, I thought I would again post about snow ice cream.

The pictures here are from December 27, 2009. Our Christmas eve this year was white and the kids were able to sing "White Christmas" on the way to their Grandpa's house on that evening as we had gotten a few inches of snow the week before. Christmas day, however, was a different story. It rained much of the day and all the white snow lined yards turned to a mucky green. 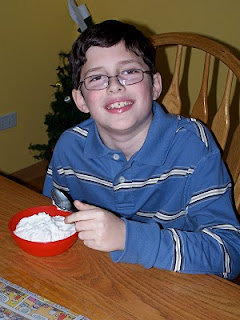 On December 26, the rain turned back into snow and we got close to a foot of snow. My kids urged me to "put out the bowl" to collect the snow so that we could make our first batch of snow ice cream of the season. I made my husband do it (I didn't want to go out on the cold, snowy deck to place the bowl on the grill) and it sat there until December 27. After I unsuccessfully attempted to open the screen door which was hopelessly frozen shut, I put on my boots, my hat and scarf, my gloves and winter coat and went out the front door to trudge around to the back of the deck to collect the now full bowl of snow. 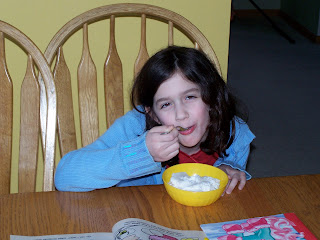 I brought the bowl inside and began making the snow ice cream. It's rather simple, really. Start pouring in half and half and stir the mixture occasionally. When it begins to resemble soft serve ice cream, add 1/2 cup of sugar and a little vanilla extract. Taste and decide whether it needs more sugar or not. If you run out of half and half, milk can be used to finish the mixture until the right texture is achieved. Eat immediately! 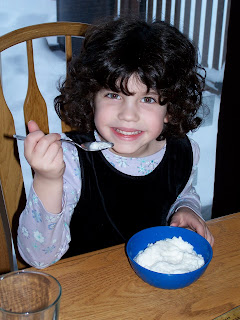 This particular batch used a full pint of half and half. After that ran out, I used some whole milk that was leftover from a fudge recipe. Being lactose intolerant, I declined to eat any ice cream (besides the little tastes to ensure good flavor). My kids, however, ate almost the whole bowl. It is a fun (and yummy) tradition!
Posted by Heather at 5:35 PM 3 comments: