June went by so quickly, but for the first time in a long time I can tell you I feel like I didn't let it pass me by. Every summer I have big plans of things to do with the kids, and every August I wonder what happened to both the summer and the plans.

But not this year. This year I have promised the kids that we will do one thing special every week. And so far I have kept that promise. The first week of vacation we went to see Kung Fu Panda 2 in the movie theater. During the second week we went to the DuPage Children's Museum. (We have a membership.) Week three I took them all bowling. It was Zoe's first time ever and she was the only one of the four of us to get a strike! (Two strikes actually!) And last week we went to Legoland Discovery Center in Schaumburg. 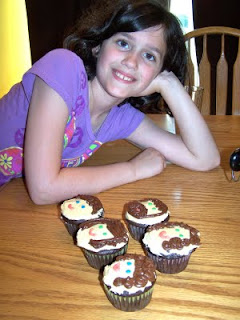 The other big plans I made were for the kids to make desserts this summer. So I assigned each child a week, let them pick a dessert to make, and put them to work. It has been a rousing success! My middle child, Emma, went first. She was inspired by an article in an American Girl Doll magazine she had checked out from our local library. She made chocolate chocolate chip cupcakes, and then decorated them to look like our family. They were both super cute and delicious! 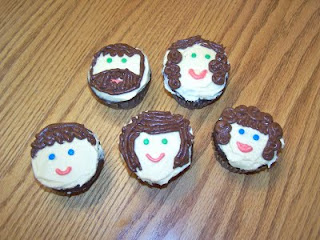 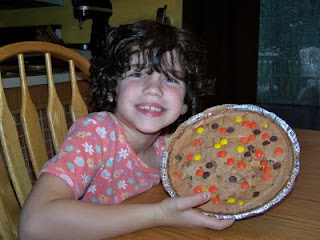 My youngest daughter, Zoe, went next. She wanted to make her famous ice cream pie that she has successfully made at least two times before this. She chose an ice cream that had three flavors in one container, and then topped it with Reese's Pieces. It was described as awesome and really, really good! 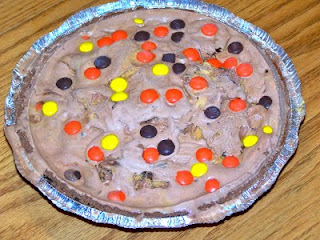 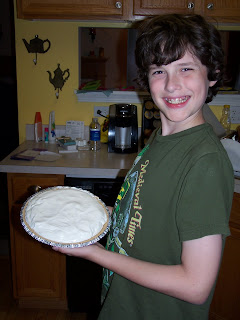 My oldest, Ian, chose to make Lemonade Pie. I had made it earlier in the summer and he liked it so much he wanted to make it himself. It is a cool, creamy treat, perfect for hot summer days. 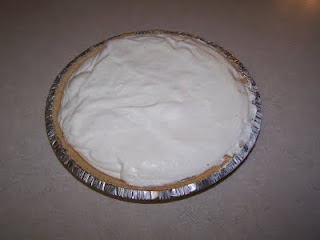 I plan on continuing to go places and having the kids make desserts. They are really enjoying being in control and sharing something they make themselves with their family. I know Emma is planning some fancy milkshakes for July, and I can't wait to try them!
Posted by Heather at 9:55 PM No comments: