In our family, Valentine's Day means making special valentines (that usually include some kind of candy) from paper, felt, stickers, sequins and other artsy craftsy materials to give out to teachers, classmates and friends.

This year was no different.  However with Pinterest and all kinds of ideas out on the internet, we had lots to look at and decide from.  My oldest daughter chose to make felt fortune cookies with a different silly fortune in each one.  She got the idea from her American Girl magazine and so we made 25 colorful felt fortune cookies over the last few days.  Unfortunately I did not get a picture of them.  They were, according to Emma, a hit with her class.  I also made little paper boxes that Emma filled with three Hershey kisses and decorated with heart stickers for each of her classmates.  Also, sadly, no picture. 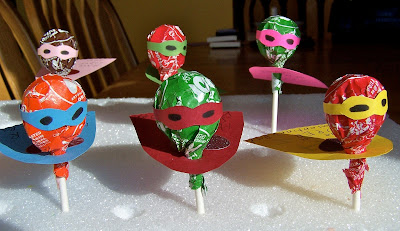 However, I did get pictures of my youngest daughter's valentines for her second grade class.  (probably because she had hers done a week early, instead of finishing the night before like her older sister!) Zoe chose super hero valentines to make.  I found the idea here: Zakka Life.  I cut out the capes and masks.  Zoe wrote "Have a SUPER Valentine's Day" and put on heart stickers on the capes and drew the eyes on the masks.  We then taped the masks to the sucker and punched a hole in the cape and slid it up the stick in place.  I saw as the kids in her class flew them around the room and compared what color super hero they got at the class party.  Zoe was thrilled with them, and so were the recipients. 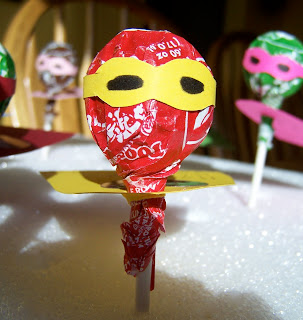 Finally, I made candy pencils for the teachers, pairing them with a Valentine's notepad for their gift.  The girls were thrilled to give these out, and I had so much fun making them! The pencil is a pack of Rolo's with a Hershey's kiss for the tip.  I found the idea for the pencils here: Simply J Studio. 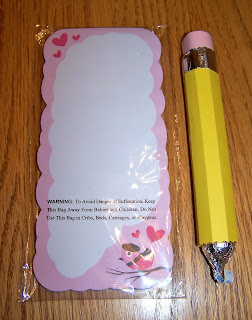 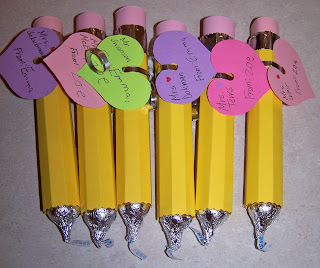 I actually made my husband  a homemade valentine, but he ate part of it before I took a picture of it!  Anyways, I think I will miss the flurry of activity at the beginning of February when we are deciding on what valentines to make when my girls get older.  I'm going to enjoy it now, while I still can!
Posted by Heather at 9:22 PM 2 comments: