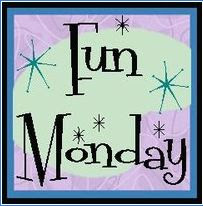 I grew up and live in a family of sports fans. Every Sunday was devoted to football in the fall, and we followed the 1990 Cincinnati Reds go wire to wire. I was a three sport letterman in high school and went to sports camps in the summer and played slow pitch softball since I was in second grade. I love sports. So here are my teams, the ones I'm devoted to and would never forsake for another. 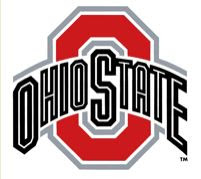 1. Ohio State Buckeyes football. Even though I now reside in Illinois, I am an Ohio girl, born and bred. My whole family lives and breathes Ohio State football. My sister and brother-in-law went to the 2003 Fiesta Bowl when the Buckeyes won the National Championship over Miami. We all love Jim Tressel and criticize anyone who doesn't wear scarlet and gray on game day. The marching band is The Best Damn Band in the Land and dotting the "i" in script Ohio rocks! Go Buckeyes!

2. The Cleveland Browns. I am forever disheartened and yet compelled to return year after year and root for the lovable, Super Bowl-less, Browns. I love the brown and orange jerseys (I wear mine many Sundays of the season), I love the Dawg pound, and I love Bernie Kosar. My hope springs eternal that one day they will get out of the playoffs and into the Super Bowl. One day.


The teams I hate:

2. I used to hate the Denver Broncos (curse you John Elway!) because of all the years they dashed my beloved Browns hopes of a Super Bowl appearance. But I no longer have hatred for the Broncos. That is now reserved for the Baltimore Ravens, who stole my Browns out from under us and left the city of Cleveland without a team for almost four years. Luckily, the people of Cleveland would not allow this to happen to any other city and took an expansion team in 1999 over a relocated team. And because of Art Modell and the Baltimore Ravens, I can NEVER root for them to win.

Now, go check out everyone else's allegiances or share your own!

Sorry but I can't comment on that, because I don't know anything about this kind of "football" I only saw it in American movies, I have never seen such a "football" here. It is not wellknown at all in Europe. Football here is soccer and then people get excited ! lol !

American football is something I've never really taken the time to get to know. Every year at SuperBowl time I promise myself i will ....

I admire your enthusiasm for your chosen team but I'm afraid I don't support any team of anykind (only the winning side!!) The only thing I know is that when our local football team is playing at home - then the roads are knarled up all day....:(

I don't blame you for hating the Ravens!!!

I have a friend down here who went to Ohios State, and she make KILLER Buckeyes!

You gave us a fun quesion this week, thanks for hosting!

I know I'm late, but I wanna play!

Well, you'll see why when you stop by for a visit with 'my' teams. Especially the football.

My alma mater and favorite college team is the Miami Hurricanes...Go Canes!

Tennessee Volunteers: If I hear Rocky top one more time I'm going to do violence to someone.

Notre Dame, Ohio State & USC: All of them get way too much press...they play no one (Big Ten & Pac Ten are both joke conferences) & couldn't get ranked if any of them played in the SEC.

Thanks for hosting this week. Your post is great. I have a friend, a fellow bookseller, who is from Ohio. We have a good time kidding around when Ohio plays locally.

Thanks for hosting this week. I love your blog. :)

Rats...I would've loved to participate, but I am too late. (I came over from Mama Drama.) My blog is all of 1 week old. I need to learn how to do this Fun Monday thing so I don't keep missing out! Anyway, great topic!

thanks for hosting Heather!!!

I am not much of a football fan, but my sis in law is and she is from Ohio also....I love her buckeyes!!!

In 2001 we went to Columbus to see my brother in law who was hospitalized there after a pancreas/kidney transplant. It was the weekend of the Ohio-Michigan game. We had no idea what a big deal that game is. Near the stadium we found ONE lousy hotel room in a rundown Motel 6 with a hole in the floor. There was literally a riot after the game, and we had to sneak through police barricades to get my brother-in-law's prescriptions filled. We were in awe.

Heather, I think since I wasn't raised "loving" sports I can't really relate to them like you do. The apple doesn't fall far from the tree they say. I'm trying to get my kids doing sports at least which is more than I did as a kid. Thanks for hosting! Great topic!

Heather, a woman after my own heart! Gotta hate the Michigan!! When we lived in Sandusky, we were a hop-skip-n-a-jump from Michigan so they sold Michigan pasta, mustard, chips, cereal...all at Kroger. My husband has an older brother who graduated from Michigan (gasp - the sacrilege) so we would scoop up all of this Michigan stuff at clearance prices ('cause no self-respecting Ohio Buckeye would pay full price for little blue Michigan M pasta) and mail it off for Christmas. They thought it was the best!

Ohio State can be a cool team.

Hi Heather - I am failing miserably at something, I hope you can help. I have been trying to add your site as a link, so someone can click it and come to your site. I can't figure it out...I used to know, and I guess I have too many things on m mind to keep it striaght.
s it hard to do, to add a link?
Do I need to enter the url at the top?
Like I said, I am failing miserably...can you lend a hand?

Thanks for hosting this weeks Fun Monday. I liked the topic -

Thanks for hosting this week and very good choice! Yep, like me, gotta go for the close at heart!

I apologize Heather, I signed up and was not able to do it. I don't have a team I route for, IT does not help that I am not from here and I did not go to college or any school here. My apologies again

I'm sorry we beat you on Sunday. But I have to say, I am proud that my Ravens did not go for another touchdown in the last minutes. I thought it was very humble of them, because really, alot of other teams would have wanted those extra points.

I'm not sure how I missed your post last Monday ... but am glad I happened upon it today ... just because. Methinks you and my next door neighbors would have LOTS to discuss ... though they're die-hard USC fans. On the other hand, I know little or nothing about football.
Hugs and blessings,