A Month for One Birthday!

Zoe turned six this month, but it seemed like we were celebrating it one way or another every week this month! I know I baked three different treats for the events, and she made her own ice cream pie to celebrate with. But, it has been fun. 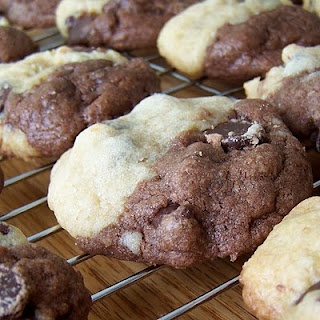 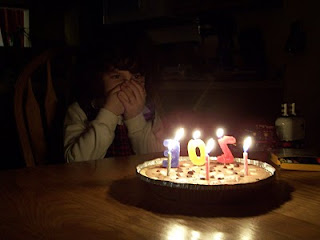 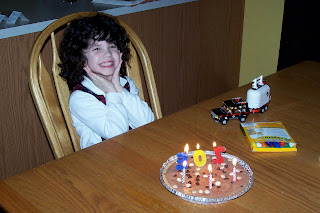 Because I was making so many cakes/ treats for her birthday parties, I suggested that Zoe make one of her famous ice cream pies for the family to eat on her actual birthday. She chose chocolate ice cream and sprinkled a variety of chocolate chips and sprinkles on top. 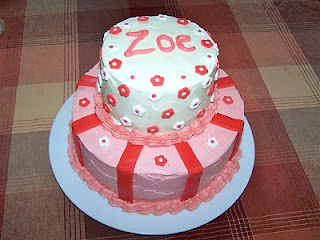 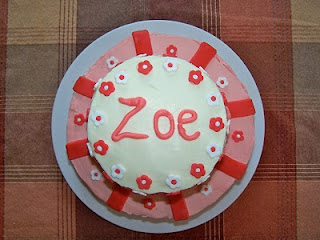 The first cake I made was for our family party. Usually, this is the only party my kids have each year. But Zoe has been asking for a "friend" party for quite some time, so we decided that she could have a friend party, too, this year. This cake was a two tier cake. The bottom tier was chocolate chocolate chip cake with vanilla swiss meringue buttercream, the top tier was white almond sour cream cake with almond swiss meringue buttercream. I made the decorations out of marshmallow fondant. Zoe explained the colors and decorations that she wanted, and I came up with this cake. 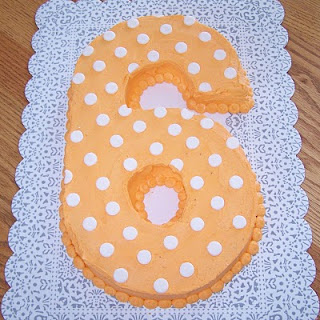 The following weekend was her friend party. We had ten little girls running around our house having a great time for Zoe's first "friend" party. Zoe loved being the center of attention and also loved her big 6 cake that she requested I make for this party. I took two nine inch chocolate cakes, cut a hole in the middle of one and carved the other one to look like the top of a six. Then I frosted over the whole thing with vanilla buttercream frosting. Zoe requested orange frosting with polka dots, so that is what she got! I was very happy with how the cake turned out.

Overall, I think Zoe would say that her month of birthdays (and treats) was a good one!
Posted by Heather at 9:13 AM

So many treats for such a special girl!! Happy birthday to Zoe!!

I love the way the 6 cake turned out. My neice will be turning 6 in May. I will have to show this to my sister.