Well the forecast yesterday called for lots of snow around here, and we definitely got it!  So as I ran my errands in the morning, I made sure to pick up one essential ingredient, half and half.  Whenever we get the first snows of the season, my kids start asking me when we will make snow ice cream.  I've been making it for years with my three kids, and I don't think we can have winter without making it once!

As the snow started falling, I put my biggest bowl outside on the table on the deck to start collecting snow.  My girls had a half day of school and as soon as they got home, started monitoring the fullness of the bowl.  I received frequent updates as the afternoon wore on: "There's a LOT of snow in the bowl, Mom."  "Mom, the bowl is more than half full."  "Mom!  The snow is over the top of the bowl!!!!" 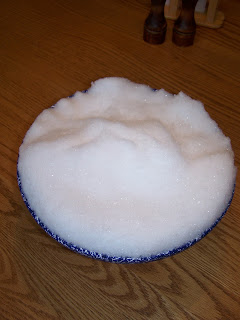 Aaaah.  Now it is time to make the snow ice cream.  I brought the heaping bowl of fresh snow in and placed it on the counter.  My eager kids gathered around as I added the ingredients.  First, some sugar.  (The sugar always gets some ooohs and aaaahs from my kids.)  Then some half and half.  A little vanilla.  Some more half and half and some more sugar.  After lots of mixing and some taste testing, we declared this batch perfect! 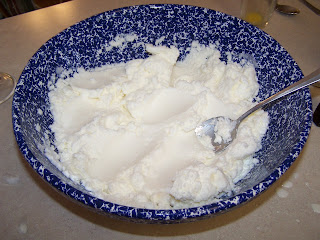 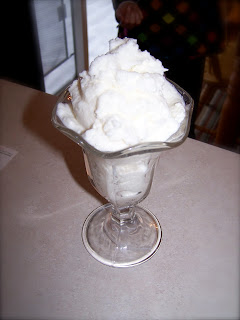 I pulled out the pretty sundae glasses and served up the snow ice cream.  The kids loved it! 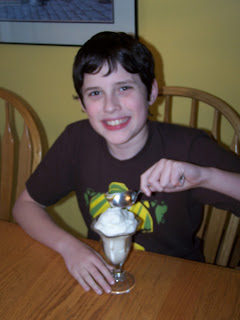 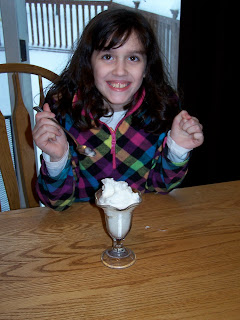 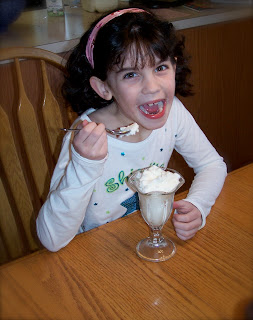 Now, if only I didn't have to go back out and shovel again!