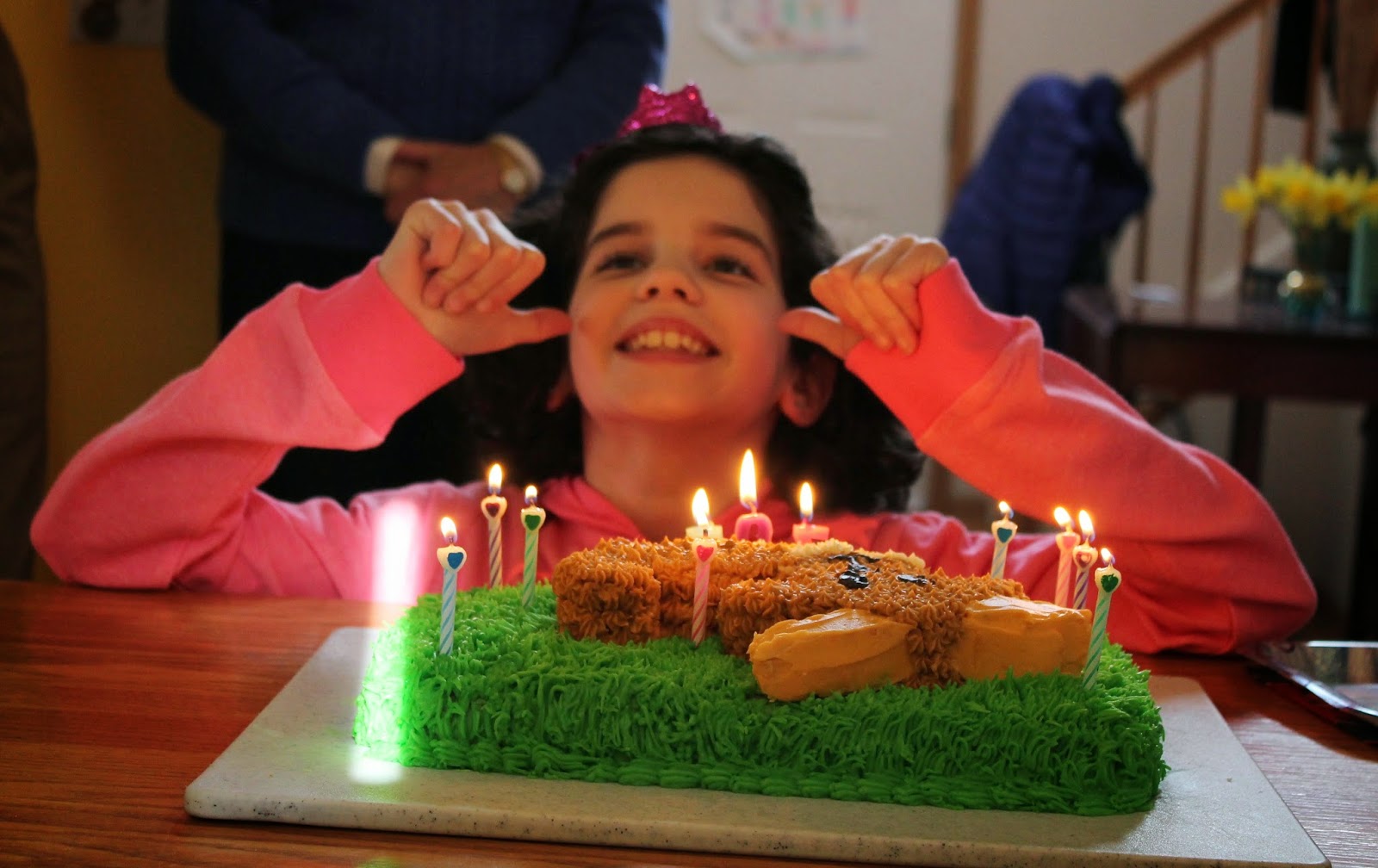 My ten year old daughter is obsessed with goats.  I don't quite know how it happened, but it did. And now for the last two years, when anyone asks what she wants for her birthday, Christmas, 4th of July, etc, she says, "A goat."  Her Grandpa even got her a really nice stuffed animal goat for her 9th birthday.  She loves it.  She named it Fitzgerald Goatpants.  But still she asks for a goat.

As you can imagine, she won't be getting one.  We live in a suburb.  We don't have a fenced yard.  I don't have the slightest idea how to take care of a goat.  And have you looked at goats lately?  They are adorable as babies, but when they are adults - yeeesh!  Those crazy eyes aren't very pretty to look at.

So we buy her shirts and sweaters with goats or sheep on them.  We check out books about goats from the library.  We let her set the background screen on the ipad to a goat photo.  We made sure to pet the goats at Cedar Point last summer.  (I know - who would think Cedar Point would have goats?  They do!)  My eleven year old daughter drew her the cutest goat picture for her birthday.

And me?  I make her a birthday cake in the shape of a goat, exactly as she requested. 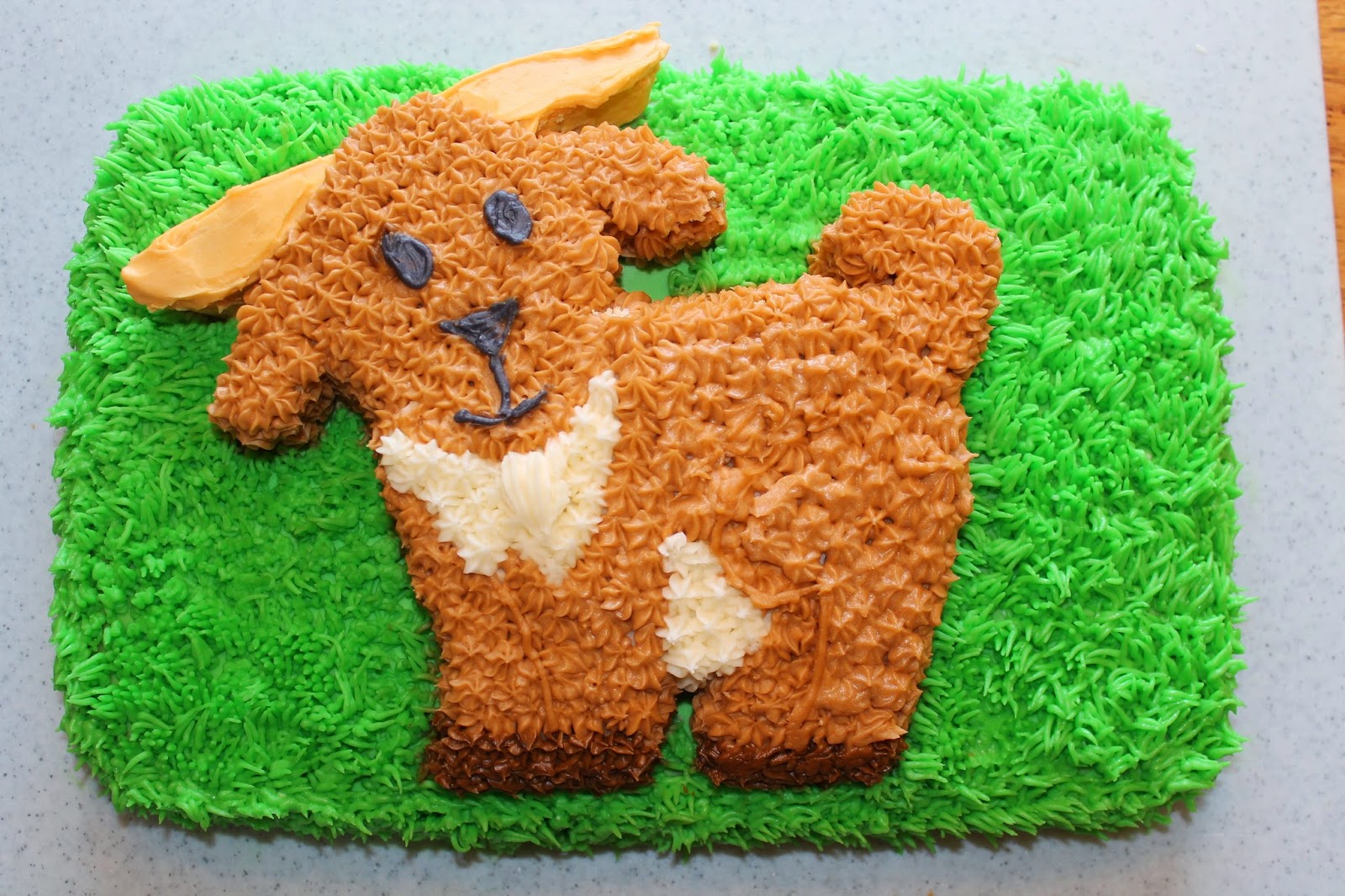 That kid cracks me up.  So I looked for a few cute pictures of cartoon goats online and found a really cute one.  I printed and enlarged it.  Then I baked two 9x13 inch cakes, one lemon and one french vanilla.  I made the french vanilla one thinner because I was going to cut the goat out of that cake. 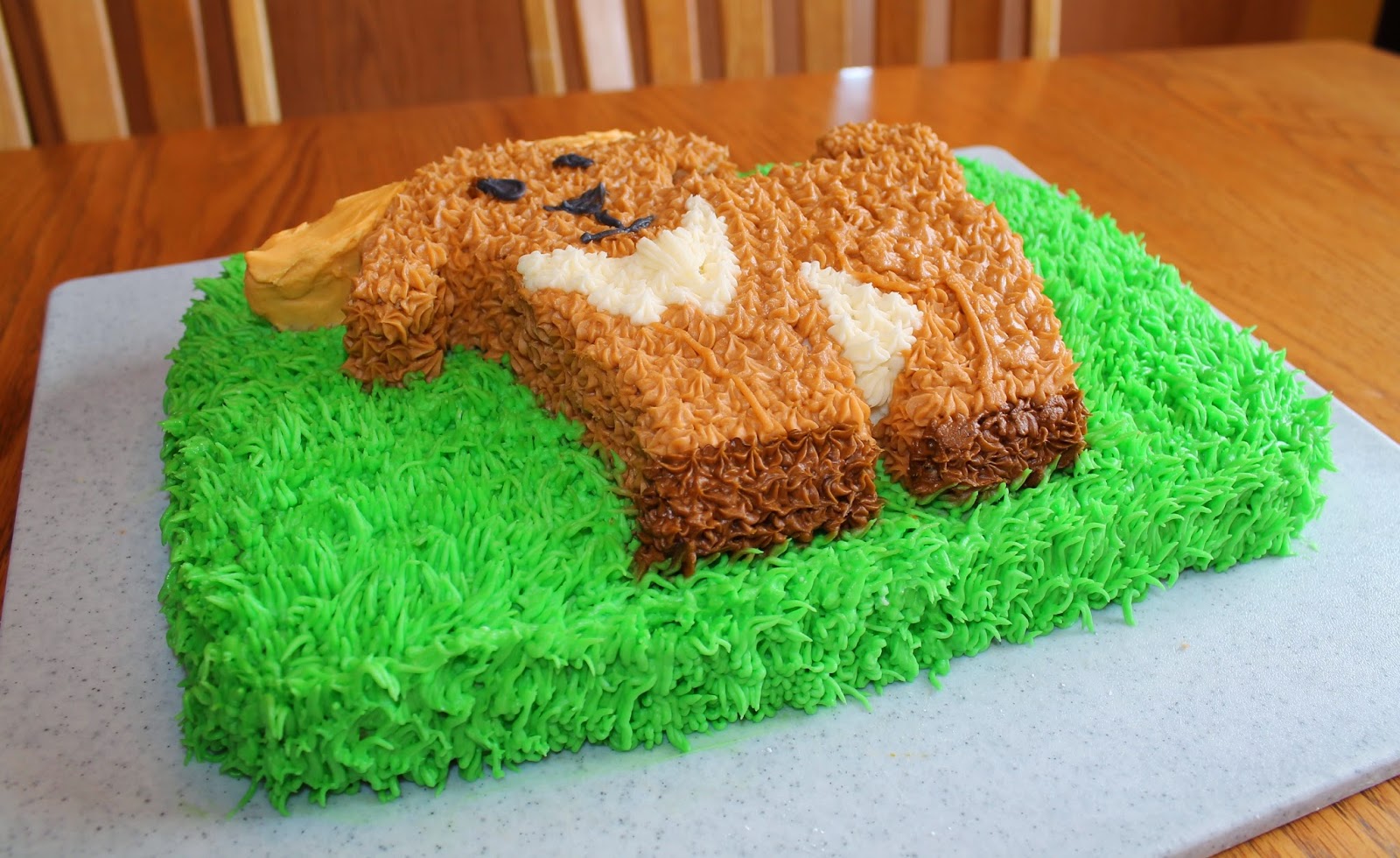 I frosted the lemon cake green and then covered it with green frosting using the Wilton grass tip.  I froze the french vanilla cake for about a half hour.  When I was ready to cut the goat out, I took the cake from the freezer and placed the enlarged goat picture on top of the cake. With a sharp knife I cut around the picture until I had a goat shape in french vanilla cake.  I carefully pulled the excess cake from around the cut out goat and then transferred the goat to the top of the grass cake.  I initially thought I would just frost it with a knife, and then decided stars would look nicer.  I frosted the horns first, then started squeezing stars all over the goat.  I finished with a few lines to better define the legs and then the eyes and nose.

I showed it to my daughter who absolutely loved it!  And so do I.  One of the things I like most about it is that I didn't copy anyone else's cake.  I listened to what my daughter wanted and made it happen.  I love knowing that she is happy and is getting exactly what she wants for her birthday cake.
Posted by Heather at 9:24 PM

Love this cake! You are so creative.