I headed out this morning while having barely digested the delicious Thanksgiving dinner I enjoyed at my mother-in-law's house last night. I didn't get up until 5:00 AM, so I had close to six hours sleep. I took a quick shower and grabbed a bowl of cereal in the dimly lit kitchen before heading out the door at 5:30 AM. 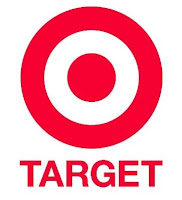 I started at Wal-Mart, which was a complete crazy house. So, I turned around and walked out without buying anything and headed to Target, which was scheduled to open at 6:00 AM. I parked my minivan at 5:55 and got out to head to the front doors. To the right was a long line that snaked all the way down the TJ Maxx store and to the left was a growing group of people who weren't going to wait in the line. I toyed with joining the small group of people to the left of the door, but decided I couldn't do that (shopping for deals just isn't worth being rude) so I started to walk down the sidewalk to the end of the line figuring all the extra walking might work off some of the pie and stuffing from the night before. As I was walking I could see several of the people in the line stepping out of their place to see the ever growing crowd of people to the left of the doors, waiting for it to open. I knew what they were thinking. "Those people just arrived and they think they can get in before us?" I took my place in line and as I did it started moving. As we neared the Target entrance, I saw a large man wearing a red shirt directing everyone from the line into the store and keeping all the people in the group to the left out until the entire line entered the store. I even heard him say, "Not until this line gets inside." I have to admit, I wasn't the only person in line smiling, knowing doing the right thing has it's rewards.

I went to several other stores, with varying degrees of success. My final destination was Kohl's, where I have to admit I was going to give up and go home, despite finding a gift for my sister-in-law and a stocking stuffer for Ian. The line was literally all the way to the back of the store! It just wasn't worth the wait. So, I returned the toy to the shelf and headed back the the front of the store to put back the jewelry when I had a revelation. The jewelry counter wasn't that busy. Yes, I had to take a number, but they seemed to be taking care of customers quickly and there were four women behind the counter helping people. I made a quick inquiry as to whether I could buy a few other things along with the jewelry I wanted to buy, and she said I could. So, I ran back to the toy section, picked up my giftie, grabbed a Curious George Christmas book from the Kohl's Cares For Kids display and took a number. Less than five minutes later I was being checked out by a really nice checkout lady and out the door with my purchases!

And I have to admit, everybody I encountered was really nice, including the people working at the stores. I would definitely shop Black Friday again, but next year I want everybody's list, so I can get it all done in one day!
Posted by Heather at 2:00 PM