The Hard Realities Of Growing Up

I have been busy all week preparing for Zoe's 4th birthday party this weekend. It is just going to be family, but I still have a lot of work as I am preparing brunch and three cakes for about 15 people and need to get the house clean and the food made.

I still can't quite believe she's going to be four years old. For over a year now, she has been using the potty (no more diapers, here!), sleeping in a big girl bed, and not wearing bibs. It's been quite a transition for both of us. 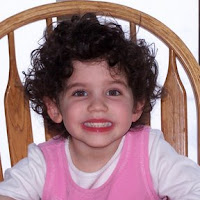 After three kids, Brendan and I have been methodically getting rid of most of our baby stuff. Yesterday that included selling Zoe's crib. Because she and Emma were so close in age (19 months apart), we had two cribs. Emma used the one we bought Ian when he was born, and Zoe used a hand-me-down crib from my father-in-law. We decided to keep the crib we bought, for our future grandbabies, but the other one we no longer needed. After over a year of storage in the basement, we finally took some pictures of it and put it up on Craigslist to sell. Within a day we had a few takers. Brendan arranged for a "showing" and the woman who came, a soon to be Grandma, bought the crib.

We were pleased with how things turned out. Zoe was not. Brendan had brought the crib upstairs so the woman could easily look at it. Zoe asked us why her crib was upstairs. We told her we were going to sell it because she didn't need it anymore. This brought tears to her eyes and she said she didn't want to sleep in her big girl bed anymore, that she wantd to sleep in her crib. We explained that she was too big for her crib now. This only led Zoe to exclaim that she wished she were still a baby so that she could sleep in her crib again. It was so pitiful and sweet at the same time.

The kids went to bed and about 15 minutes later our doorbell rang. The buyer came in and looked at the crib. I was upstairs in the office trying to make an Easter card when Zoe tearfully came in asking if the lady downstairs had bought the crib. I said she had, and Zoe burst into tears. I took her into the hallway where her dad was helping the woman take the crib to her car. Zoe watched sadly as the crib left. She cried genuine tears of sorrow for the loss of her crib. She was miserable and my heart ached for her. When I layed her back down to bed, she said she would think about sleeping in her crib until she died (she's a bit melodramatic!).

After I went back to my cardmaking I couldn't help but think how funny and interesting growing up is. Here we are, getting ready to celebrate her 4th birthday with a Batman cake and Tinkerbell plates, preparing her for preschool next year, truly one of the first major signs that a kid is growing up, and she is mourning her crib, her time of being a baby. She is getting older, and there is nothing she or I can do about it. I guess that is difficult to deal with.
Posted by Heather at 2:24 PM

That is one beautifully stunning child.
They grow up so fast...seems like yesterday there was a crib in my house.
Now there's a crib in my daughter's house for her baby.

A Batman cake! I want to see pictures!!!!

They'll be up soon, Nicki!