After dropping Zoe off at preschool, I headed out to my periodontist consultation. My gum on my upper front right tooth is pulling away from the tooth and I needed to have a specialist look at it. The office was on the other side of Aurora, and so I trekked over that way and passed several interesting stores on the way. One was a free standing Carson Pirie Scott, which I didn't even know existed! (The free standing part, not the store itself. I've just never seen a CPS outside of a mall.) The other, right across the way from the Carson Pirie Scott store, was called Thrift and Dollar. It got my curiosity and as my consultation only took about 20 minutes, I had some time to kill before having to bus the carpool kids home.

I drove by the Thrift and Dollar, parked, and went inside. As I entered the store, three ladies carrying a plastic toddler bed passed me saying, "What a blessing! Lord we thank you for this bed. Only $30! Thank you, Lord." I looked around and immediately recognized the set up as a store that sells donated goods (like a Goodwill or Salvation Army store.) I took a look at some of the clothes, then started perusing the furniture. There were some great things there! Some of the dressers were surely antiques, though many needed some TLC. After walking through the furniture I noticed the knick knacks. I looked for some angels for my mom, but didn't find any that I liked. There were tons of religious figurines and several Easter bunnies, as well as a few buddhas and some porcelain girls holding parasols.

After looking at the knick knacks, a lovely large brown plate caught my eye. It looked to be from the 70's, judging by the colors and design. It was an orangeish-brown iron stone plate, with a dark brown rim and three dark brown flowers on the inside. I immediately liked it and kept it in the back of my mind.

I looked around some more at all of the little dishes, gravy boats, glasses, mugs and plates. There was so much to take in. I think I could fill my cupboards with so many of the quaint little designs I saw there. Maybe if I ever get new everyday dishes I'll just go back there and buy a mish mosh of cute plates. That really appeals to me on two levels. One, I'll be recycling by reusing perfectly good dishes. Two, I think different patterns would be fun to have on the table.

I wish I would have had my camera. The old irons, the fancy wine glasses, the old tools, the end tables exactly like the kind my husband and I had when we first got married (they were hand me downs then, too), the racks and racks of clothing. I could have shown you some really amazing things. One of my favorite was some old Corelle (I think - maybe they were Libby) glasses that my Mom had when we were growing up. They are hideous brown glasses with flowers around the top. And as ugly as they are, it was fun to see they still existed somewhere. 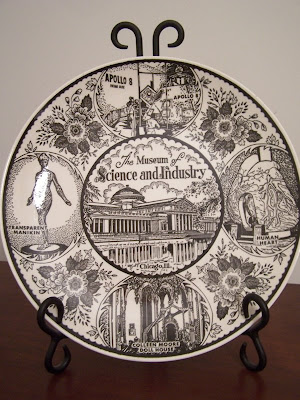 Anyways, I checked my wallet and realized that I only had $3 in cash. Most of these stores don't take credit cards, so my $3 and change was going to have to stretch. While perusing all the various dishes, another plate caught my eye. This one had a painting of The Museum of Science and Industry right in the middle of it. Around that are four drawings of various exhibits inside the museum. On the back it tells of the founder of the museum and the museum's purpose. There is no date unfortunately, but it does name the company that made the plate and the fact that the plate was made right here in the USA. The price on the tag: $3. 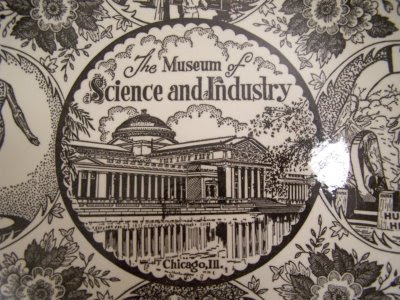 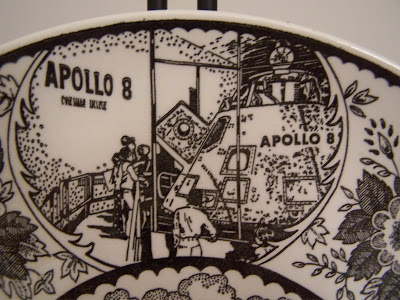 Living in the Chicago area, and my husband growing up here, I knew this was something special. I decided I had to have this plate to hang in my house. So, I bought it. Now I just have to buy some of those plate hanging kits and soon this great plate will be hanging up in a special place. 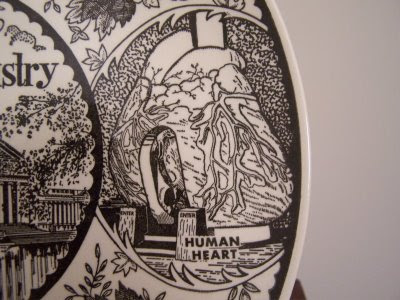 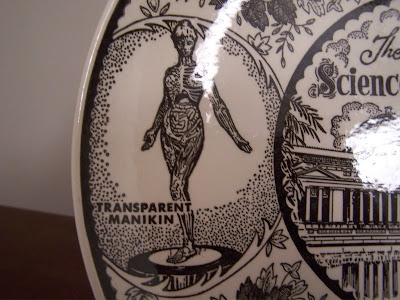 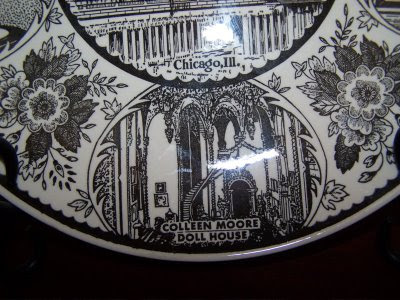 I LOVE thrift stores. We have to stretch every dollar and I find amazing clothes there.

what a great find!! I love it too, and I love thrift stores.

Ok, the first sentence made me hurt and I didn't get past it. And yes Heather, it is possible to wierd me out.

How are you doing? I'd look at it like this. Given your desire to lose some weight, and the current condition of your gum in that one area, compounded with whatever the specialist is going to decide to do, you very well may be onto dropping a pound or two!

I love your plate! Very cool.