Zoe started speech this school year. She goes twice a week for an hour at a time with four other kids. She loves her teacher completely, and therefore loves going to speech every week. They focus on a letter sound each week, and we practice words at home every day. She has improved tremendously and our ability to understand her is so much better than when she started. 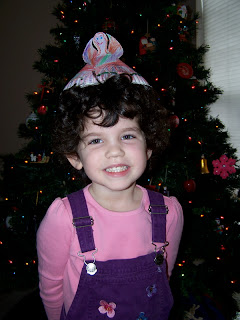 This weeks sound was Z. A special one for a girl whose name starts with Z. Her teacher made a big point out of letting Zoe and all the kids know that this sound was a special one because of Zoe's name starting with it.

Up until this point, Zoe has never said a Z sound. I prompted, modelled, and repeated it over and over for her to no avail. I decided not to worry about it assuming the sound would come when she was ready. That time was this week, Tuesday.

Zoe came home from speech able to say her name beautifully. Up to this point she has always said her name as "O E" Saying the sounds of the O and E but omitting the Z sound. I have always thought it was endearing and embraced it knowing someday it would end. In fact just this past spring my sister riled Zoe up by pronouncing her name wrong. Leanne would ask Zoe, "What's your name?" And Zoe would reply, "OE" To which my sister would say, "OE. Your name's OE?" Zoe would then place her hands on her hip and indignantly say, "No, it's not OE, it's OE!" It was just about the cutest thing I've ever witnessed.

So this week, Zoe has said her name starting with a Z sound. I am really proud of her. She doesn't always do it, but that will come. Just as Emma no longer calls her brother Ina and Zoe doesn't call him Eeee Eeee anymore, Zoe will probably stop calling herself OE within the span of this year. I am happy to see it, but I know I will miss my little OE, too.

very sweet...she is adorable...but it is kind of sad also!!

I love when she says Hammy. I will miss that, too.